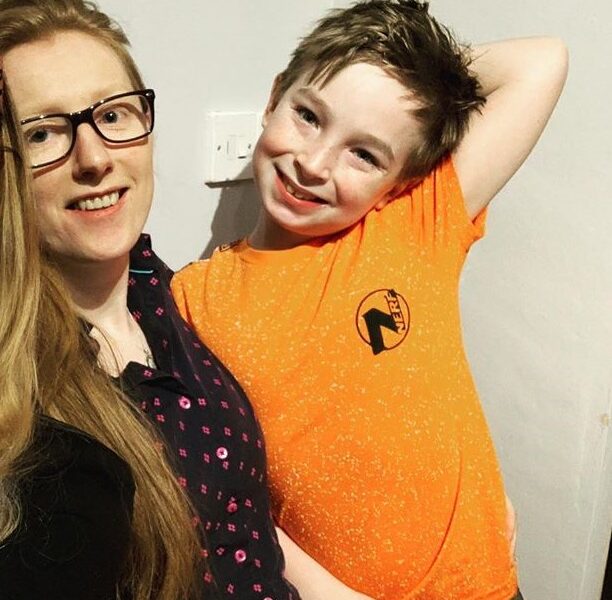 Autistic children bring out the best in you

Parenting is the hardest job on the planet. It’s nonstop, unpredictable and has life changing consequences on the child. It is also the most rewarding job on the planet. Both of these things I believe are heightened when raising an autistic child.

Prior to my own autism diagnosis, at 25, I was my mother’s full-time carer and helped raise my little brother. I now help his parents as much as I can, both as an older sister and daughter as well as with my own autistic experiences. I am currently living with them for lock down.

The last few weeks have seen some particularly tough challenges in helping little man cope with things. His anxieties skyrocketed and we were met with extreme anxieties and phobias. All of us will do whatever it takes to protect and support him. But obviously, this has been challenging. None of us (his mum, dad and I) hesitated in immediately ramping up his support and helping him cope.

I will not go into specific details of his challenges – I wish to retain his privacy both as a child and as an adult. However, where the fears are very common throughout society, I will mention them.

Last night something happened that put a different perspective on these difficult times. I reached for a towel to dry my hair and a spider ran up it. My instinct was to jump back, shout and start generally flapping about – probably calling for my stepdad! As soon as I went to jump back the thought of Jenson hit me. He was playing his games in his bedroom the other side of the wall. If he heard and found out what had happened, he would never touch a towel again. Any seed planted will very quickly become a severe phobia. I knew I had to handle it quickly and most importantly – silently.

I took a step back and composed myself with deep breaths. I then handled the situation. I didn’t panic, I didn’t cause a scene. I dealt with it – for Jenson.

I handled that situation better because my love for Jenson drove me to do so. I then looked back through the last few weeks events with the same lens. Jenson’s parents and I had come up against the most bizarre challenges you would never think you’d face in looking after a child. We had to come up with equally bizarre solutions. But we did. Because giving up isn’t an option. When a child is terrified of something that he needs to do, you better think fast for a solution.

Yesterday I found myself singing and dancing in the hallways as mum joined in from downstairs. She knew what I was doing and quickly joined in to help. What was I doing looking like an idiot? Distracting him, of course. Distraction has become a key coping mechanism for little man and that means the three of us adults doing some pretty strange stuff to keep his mind completely occupied as he faces his fears.

The three of us have been pushed to be more patient and compassionate than ever. As he goes up against what I think will be a long fight against his anxieties, we are readying beside him to be the best we can.

Unfortunately, we can’t fight these anxieties for him. Gosh, I wish I could. But we can do everything possible to support him through.

I don’t say this lightly. I know how challenging it all is. But I honestly believe that parenting an autistic child pushes you to not just be a better parent, but to be a better person.