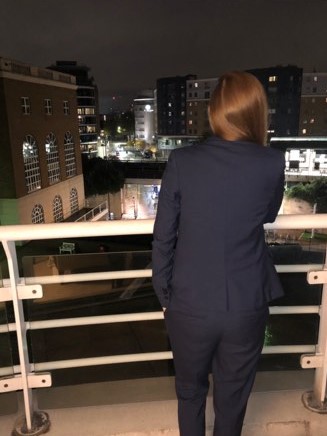 When I joined the Bank of America in 2017, I was determined to outrun autism. I refused to let it stop me. I would drill through everything I came up against and refuse to be held back. I had panic attacks and sensory overloads every day. I wasn’t eating or sleeping properly. But I was beating autism, right? No, wrong.

February 2nd, 2018, just five months after starting at the Bank I lost the ability to walk. I had pushed myself too hard for too long and the psychological pressure had triggered functional neurological disorder which has screwed up my legs. I’m in pain most days and I don’t think they will ever be the same again.

So, why do people say in regard to autism to ‘push through it’, to ‘try harder’ and ‘just do it anyway’. Those are the worst things to say.

Autistic people aren’t not doing something out of a choice. I had all the red flags that I shouldn’t have been working at the bank. But I didn’t listen because I thought I was doing what people would say. I was drilling through and ‘succeeding’.

The lesson I learned was that drilling through a situation or environment that goes up against us as autistic people is neither wise nor safe. Adapt the environment. Don’t drill through.

Yet just this week I sat in a new home, unable to eat and drink and hated myself for not being able to drill through. I wanted to be able to stay at this friend’s home and was insanely frustrated at myself for not being able to just pick up the water and drink. I could feel the frustration build in me as I hated whatever part of me stopped me from just ‘being normal’.

After being at that persons house a few times one night it did just click, and I could drink. I knew my mind wasn’t yet at ease to be able to cross the drinking and eating bridge. I knew it needed time and understanding to breathe. Yet I wasn’t giving it. My friend was, far more than I. She was worried about my physical health but completely understanding of the barriers I faced in being able to eat or drink.

After figuring out drinking my friend had the idea to have meal replacement shakes at hers while I adjusted further to allow me to eat properly there. Adapt the environment. Don’t drill through. I’m not ready to eat there. But, for now I can drink and that’s enough. Eating will come in time.

That night that I got frustrated at myself I wonder what I would have traded to be able to eat and drink there. It felt like I’d have done anything to not feel like such a broken mess of a person. Ashamed and embarrassed I couldn’t do such a simple task.

But that is autistic life. It’s stumbling at the pebbles on the path no one else notices. It’s anxiety attacks over opening a car door and staring at a bottle willing yourself to just drink it.

I am extremely lucky to have people in my life that don’t laugh as I trip on the pebbles. But instead help me build tiny bridges for what they probably see as tiny problems. Tiny problems that none the less they are willing to help me over.

Forget what a problem looks like in the grand scheme of things. Don’t ask an autistic person to just do it and drill through. If it’s a familiarity thing like mine, then give us time and patience. If it’s a logical thing like opening a car door then offer to help them. Life is hard enough for all of us right now but it’s a lot easier when we work together.