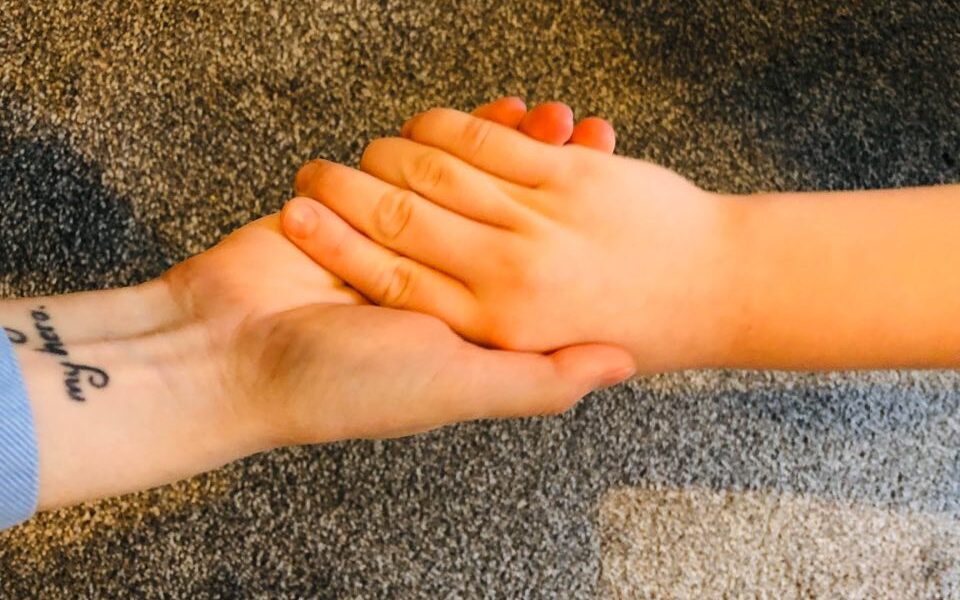 How to support autistic people through sensory overload

Having showers at my partners house was something that took me a while to get used to. My partner is brilliant in just accepting how particular I am with shower gels, shampoos and toothpastes etc. So, I was able to almost re-build my own home shower experience at hers, which has massively helped.

However, last week I – for the first time – used the shower straight after someone else. In hindsight, not a great idea. A minute or so into my shower the back of my throat began itching and my eyes stinging. As I started coughing, I tried to think why I felt like my senses were under attack. The bathroom hadn’t been cleaned before I used it, I know better than to use it then. But then I realised the person using it previous to me would have used their own shower gels and sprays etc. As the shower filled the room with steam, it also did so with the scents and feeling of those sprays etc.

Sensory overload washes over you, it’s like wave after wave of discomfort and distress. It feels like something unwanted lingering on your skin that you can’t get off. The closest I can explain this to non-autistic people is the feeling of walking through a spiderweb and how that feeling of discomfort lingers after. That’s what it feels like all over when sensory overload hits. Everything feels wrong, unwanted.

I finished my shower as quick as I could and splashed my eyes with water, brushed my teeth in an attempt to remove the taste, made myself presentable and opened the door to the relief of non-attacking air. I sat down with my back against the doorframe and stared ahead. I had been completely and utterly sideswiped by the sensory experience. I knew I was tipping into overload and there was nothing I could do to stop it. I texted my partner that I don’t think I should have got in the shower straight after someone else. When she asked me why, I couldn’t think how to response. Why shouldn’t I? Could I tell her the air attacked me? That it felt like my senses had been bombarded by a room? That I wanted to sit and put my head in my hands and cry my eyes out – because my mouth itched, and my eyes stung and every part of me felt wrong?

Not long after my non-response, my partner walked into the room. I wasn’t crying – yet, so I just stared blankly at her. She is always quick to know when I’m struggling to verbalise. She asked me if I had fallen over in the shower or hurt myself? I said I had not. She asked what had happened, I stared at her. She reached out to me and I cuddled into her, letting sensory overload wash through me I cried it out.

A few minutes later I was able to explain that scents lingered in the shower room and this had been too much for me. The best thing about her response? No part of it questioned my reaction. She suggested that next time I get out of the shower as soon as I realise and shower later. She looks for solutions to my very real and unavoidable reactions, not to question the reaction itself.

I think the biggest pitfall those supporting autistic people fall into, is thinking they need to make grand gestures and big responses to fix the problem and remove our distress. The vast majority of the time we do not need sweeping responses to day-to-day problems. My partner didn’t say or do anything when I cried on her, she just let me see the reaction through.

When an autistic person goes non-verbal and you aren’t sure why, the best thing you can do is ensure they aren’t hurt (or in danger of being hurt) and then just give them time. Once my partner had ensured I was physically okay and needed time, she gave me that before I was then able to explain what had happened.

All I needed was time, patience and understanding. Once I had cried for a few minutes I was pretty much fine! Half an hour later we were both sat with a cup of tea playing cards and I was all good. These things happen in autistic life. An unexpected sensory attack in a shower knocks me for six, my autistic mind reacts, I recover, I carry on with my evening. It’s as simple as that.

After sensory overload I tend to be more tired and in need of sugar or food. But generally, once it is done, I want to move on and carry on with my day. Sensory overload like the shower situation comes out of nowhere and infiltrates my day. I am always keen to let my mind do its reaction, and then move on.

If someone in your life is struggling to communicate what has triggered a reaction, don’t worry about figuring it out right away. I cried on my partner for a few minutes while she had no idea what had caused it. Don’t push us to communicate when our mind is not capable of processing it.

This is especially true for autistic children. Parents are likely to have the urge to want to know the cause of the problem. But in reality, it’s not that important once they have started a reaction. Ensure they are safe, and nothing has hurt them (or is hurting them). Then focus on helping them/ letting them calm down before trying to understand the trigger.

Give us time and patience.