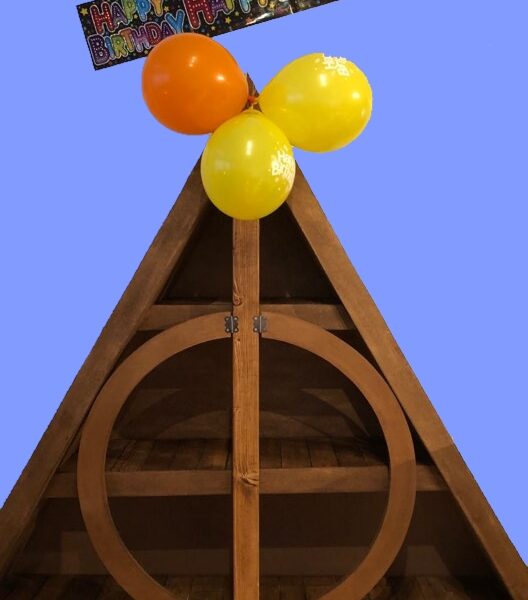 How Harry Potter is always saving me

Harry saves me every day, we would be here all day if I listed them all. But here are a few examples.

2007 – After dropping out of Sixth Form for 6 weeks I returned to fight for my education and prove I deserved a second chance. The days were tough:

As I got home, I walked in the front door and headed straight up the stairs to my bedroom. It was a small box room, but it was mine. I shut the door behind me as I fell to my knees, finally caving to the pressure of the day. I backed up against my desk, knees to chest and face in my hands. Through my hands I could see the familiar red and blue. I reached out and pulled it close to my chest. “Mr and Mrs Dursley, of number four, Privet Drive, were proud to say that they were perfectly normal, thank you very much”. I sighed into the book, allowing myself to fall into a world of muggles and wizardry. To leave behind the pressure of the day and go where I felt home, Hogwarts.

I stared at my hands as I willed the tears not to fall. How did they expect me to be able to go and work, in a real office, with real people? I knew I wouldn’t be able to. What did that mean for my future? I hastily wiped away the tear that escaped and began reciting harry potter characters in my mind.

A. Aragog – Half Blood Prince, Felix Felicis. The Funeral scene ‘not to mention the pincers’.
B. Bellatrix – Order of The Phoenix, Beyond The Veil. Bellatrix taunting Harry.
Ignore the talk. Ignore the talk.
C Charlie Weasley – Goblet of Fire, The Hungarian Horntail. ‘I’m not an owl!’

With each letter a character, with each character the first moment in Harry’s story I think of. With each letter I fall further into Harry’s world and a step away from what is causing me distress.

2019 – Sensory overload starts to build in the Exchequer office.

Harry saves me, again, and again. Harry’s world is my comfort through a scary and often overwhelming world.

Please don’t mock autistic people for their special interests, we need them.

And happy birthday to the person that gave my world Harry, JK Rowling.

Hogwarts is my home.